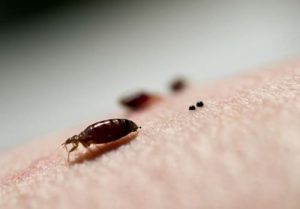 EruekAlert published an article describing recent research with respect to the ineffectiveness of chemicals to combat bed bug infestations. Please see below for a preview of their article:

One of the most widely used commercial chemicals to kill bedbugs are not effective because the pesky insects have built up a tolerance to them, according to a team of researchers from Virginia Tech and New Mexico State University.

Millions of dollars have been spent on insecticides to kill the bugs that have wreaked havoc on everything from hotels in New York City to homes in Los Angeles. But this is the first study to show that overuse of certain insecticides has led to an increased resistance to the compounds, making them much less effective than advertised.

“While we all want a powerful tool to fight bed bug infestations, what we are using as a chemical intervention is not working as effectively it was designed and, in turn, people are spending a lot of money on products that aren’t working,” said Troy Anderson, an assistant professor of entomology in the Virginia Tech College of Agriculture and Life Sciences.

To read the entire article from EurekAlert, please click here.