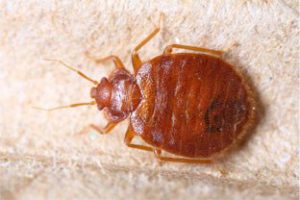 Digital Trends recently published an interesting article about how pesticide bed bug treatment is becoming less effective in certain states. Please see a preview of the article below.

“Due to the recent surge in the world’s bedbug population, the phrase “sleep tight, don’t let the bed bugs bite,” is now more of a cautionary warning than a playful goodnight farewell — but if researchers with the American Museum of Natural History and Weill Cornell Medicine have their way, we might not have to worry about these annoying – and painful — pests for much longer.

Researchers with both organizations are mapping the bedbug’s genome in hopes that it would lead to a better understanding of the insect’s behavior. From this, they hope a better pesticide could be created. Bedbugs have evolved quickly to combat efforts to eradicate them, despite not changing in exterior appearance for nearly 60 million years. One major evolutionary change was the development of a built-in resistance against pesticides: the bedbug can secrete enzymes and proteins to nullify pesticide effects.

This resistance has seemed to only increase in recent years, resulting in a noticeable increase in population since the 1990s. Researchers looked at the genetic makeup of the insect at various life stages to explain this new resistance.”